Shaping the future: 5 AI innovations with the potential to reshape supply chains 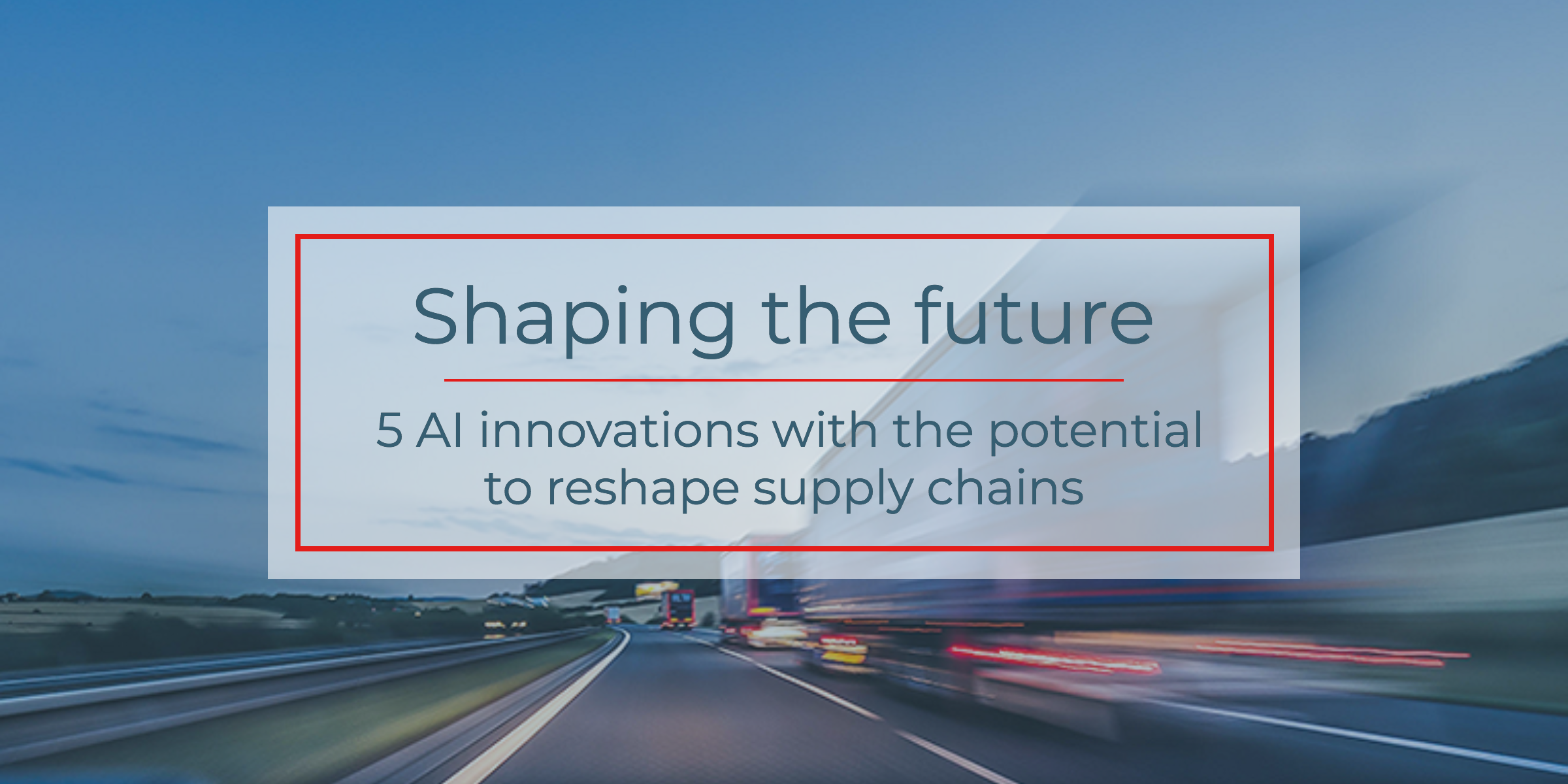 Self-driving trucks, procurement chatbots, and equipment failure predictions...if you haven’t seen any of these artificial intelligence-driven innovations in your supply chain yet, you likely will in the near future. They are just a few of the many future-focused technologies under development that are poised to reshape the global supply chain and empower supply chain leaders to make smarter business decisions.

Artificial Intelligence (AI) is defined as machines that approximate, mimic, replicate, automate, and improve human intelligence. AI allows computers to solve problems, interact with humans, and create ideas. Technological progress in big data, algorithmic development, connectivity, cloud computing, and processing power have made the performance, accessibility, and costs of AI more favorable than ever before. The term “AI” was coined in 1956 by a Stanford computer science professor, and now, over 70 years later, we’re just starting to see the promise of AI become real in a variety of industries—including logistics.

According to a 2016 report from Gartner, supply chain organizations expect the level of machine automation in their processes to double in the next five years. The same year, Accenture found that 70 percent of supply chain executives are significantly increasing investments in AI compared with two years earlier. Further, The Economist reported that “integrating AI into the supply chain…will have a bigger economic impact than any other application of the technology and affect a larger number of businesses.”

Logistics is just beginning its journey to becoming an AI-driven industry. Here are five of the many developments underway today that could change the logistics world of the future:

Autonomous vehicle technology may seem like science fiction, but scientists have made progress over the last few years with self-driving trucks. Many industry leaders look forward to the capability, especially to help solve the truck driver shortage that continues to affect logistics operations in the U.S.

“Where drivers are restricted by law from driving more than 11 hours per day without taking an eight-hour break, a driverless truck can drive nearly 24 hours per day. That means the technology would effectively double the output of the U.S. transportation network at 25 percent of the cost.”

Warehouses and other logistics hubs need to conduct regular quality inspections, but human-led inspections are often time-consuming and cause downstream inefficiencies. An AI solution holds the promise of accelerating inspections based on machine vision, using a set of automated image-based technologies. Machine-learning algorithms can improve the accuracy of machine vision-based inspections by learning what a normal product without any defects looks like through repeated exposure to the data. Some studies have found that existing deep-learning-based image recognition systems already have the potential to decrease human effort by over 70 percent.

Last-mile delivery is a critical, and often the most expensive, stage in the journey of a product from fulfillment center to the final destination. According to CoreSight, last-mile logistics costs accounted for an estimated 53% of overall delivery costs in 2016. AI can deliver visibility into last-mile delivery, ensuring more consistency and accuracy. One way of optimizing the last-mile delivery routes and schedules, for example, is by employing geocoding algorithms that automatically map addresses into coordinates.

According to 2017 Global Human Capital Trends Report, 41 percent of companies claimed to have investigated the adoption of cognitive and AI technologies. Chatbots, which are automated conversation tools, are already widely used in the customer service world. They are also being developed to interact with suppliers for tasks such as requisitioning materials, confirming shipping orders, issuing governance and compliance requirements, receiving invoices, and tracking late shipments. While so far, the trend has been in customer-company interactions, it’s only a short leap to bringing them into business processes to, for example, provide instant information on shipment status, stock availability, stock price, or the answers to other procurement queries.

While the potential for AI in the supply chain is enormous, some industry professionals are concerned about its potential for reducing human jobs. But the reality is that, rather than replacing human beings, these technologies augment the roles of skilled workers, allowing them to provide more value to their organizations. AI technologies often perform the repetitive and boring tasks that most workers don’t want to do anyway. Rather than giving rise to mass unemployment, the advent of AI technology will simply shift employment needs in many industries. Artificial Intelligence technologies will still need careful monitoring, meaning that experienced logistics and operational professionals will still have a valuable role to play.