Timing is everything: logistics strategies in the food supply chain, part one 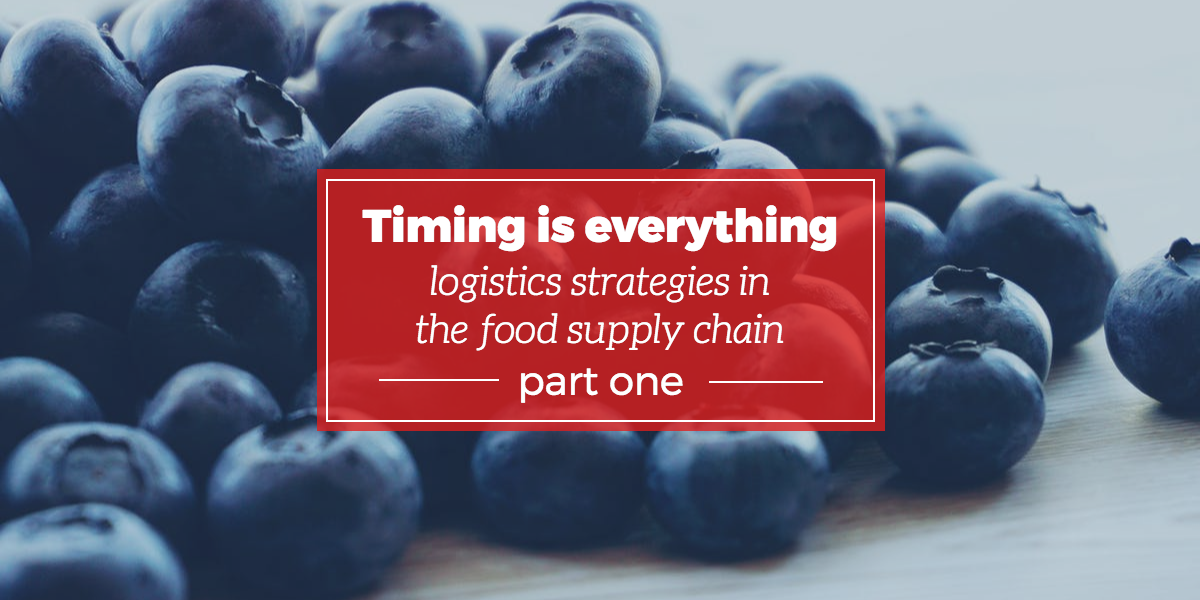 For most of human history, finding an adequate food supply was a daily struggle. The vast majority of our ancestors spent their whole lives in pursuit of securing enough to eat— either farming their land to feed their own families, or traveling continually to hunt and gather enough food. The question of where the next meal would come from was a constant one, and famines had the potential to decimate entire civilizations. For this and a variety of other reasons, the world’s total population stayed under one billion until 1804.

However, due to a number of life-saving developments— including better medical care and more reliable food production practices— the world’s population has exploded in the past two centuries. In just 214 years, the human population of the planet has risen to an estimated 7.4 billion, and it is projected to reach 10 billion by 2050.

This booming population growth means there are more mouths to feed. Fortunately, famine has become a far less regular threat in the modern world than it was in past centuries, but food insecurity and malnutrition are still widespread problems— even in the most developed countries. Many food producers and distributors feel a responsibility to find solutions to global hunger and eradicate food deserts.

What makes the food supply chain so challenging

Complicating these efforts is an unfortunate fact: the food supply chain is full of risk. According to the Centers for Disease Control, foodborne illnesses affect 48 million people (roughly 1 in 6) in the United States alone each year, with approximately 100,000 of those cases resulting in hospitalization or death. And while the human element is certainly more pressing, the threat of spoilage and waste are also sizable economic concerns for food distributors. Food that arrives at its destination unfit for human consumption represents lost sales and wasted resources.

These concerns highlight the importance of strict controls and quality standards in the transportation of food products. One of the most important (and most challenging) factors in the safe transport of food is timing.

Agricultural products like produce and meat have a particularly short window for safe transport before they pose a health threat, but they’re not unique in this regard; any food item is susceptible to timing concerns. Even packaged food products and dry goods like cereals and grains have expiration dates, and the longer they’re in transit to their destination, the more risk they’re exposed to. Improper handling— such as inadequate refrigeration or too much moisture in shipping containers— can cause spoilage, waste, and food poisoning.

These concerns mean that food suppliers and distributors have had to adapt and find creative solutions to feed the world’s population safely. In our next article, we’ll look at some of the inventive ways food producers have adapted to safely meet consumer demand.

Be sure to read part two

Read the second post in this series by clicking this link: Timing is everything, logistics strategies in the food supply chain - part two.

Get logistics industry updates delivered straight to your inbox